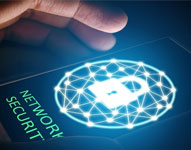 Australian companies are increasingly under the threat of Cyber crime.

The latest Global Economic Crime and Fraud Survey revealed that more than half of Australian companies surveyed were victims of economic crime in the past two years. One in three respondents reported losing more than $1 million.

In Australia, it is reported that the most common types of cyberattacks were phishing, involved in 48% of attacks, malware (39%) network scanning (24%) brute force attack (15%) and ‘man in the middle’ (10%).

Cyber crime now poses such a large threat because cyber criminals are becoming as ‘savvy’ and professional in their operation as the organisations they targeted.

TCT has proven tools that can decrease the likelihood, and resulting cost, of any breach.

Cybersecurity Tips for Your Remote Workers

With a dynamic workforce, empl...

Not all toners are created equal!

We are very pleased to announc...

7 Reasons to Switch to Microsoft O365

As the work force becomes more...