Losing Data in the Cloud

16 Mar Losing Data in the Cloud 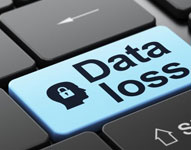 Losing data is never fun. Whether it be one document or ten.

In traditional terms, we all have a backup system for servers, PCs and items on the network. But what about the cloud data.

How do you protect all that data that is sitting in the O365 cloud?

There’s a common misconception that user data in the cloud is fully backed up. It’s more likely that an employee will delete something they end up needing two weeks later, than Google / Microsoft’s Servers getting hacked.

You might be thinking by now, how can I lose data? Let me explain:

Accidental Deletion and User Mistakes: More often than not, data is deleted only for the user or organization to later realize that it is actually still needed. A collaborator might accidentally delete a shared project, or you might delete a scrapped project and then later learn it is starting up again. Information can also unknowingly be overwritten or corrupted by users and third-party apps.

Overwriting Data: Cloud applications hold large amounts of data that is constantly added to and updated. Overwriting data is a common problem that occurs when large data sets are imported into the application via bulk uploads or when integrated third-party applications are used to manage the data inside the base application.

Malicious Actions: People often delete data before they quit their role if they suspect they are going to be fired, or to spite a boss or co-worker they are angry at. Hackers can also be the culprit, surpassing security systems to delete or corrupt data. Whether internal or external, untrustworthy users are a reality.

We know from experience that Datto won’t let your critical data slip through the cracks.

Engineered to be the leading, one-stop shop for cloud-to-cloud application backup, giving you consistently reliable granular backups, quick and easy restores and exports, secured data for compliance and regulatory needs, and world-class 24/7/365 support.

For more information on how we can support your cloud backup needs, call your local TCT Office today.