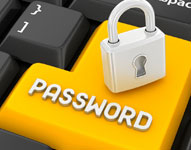 On the 19th of December 2017, SplashData; leading provider of security applications and services, unveiled its annual release of the “worst passwords of the year” using data leaks from users primarily in North America and Europe.

According to SplashData, the first and second most used passwords of 2017 were “123456” and “password”, and that popular culture had the biggest impact on newly trending passwords for 2017, with “Dragon” and “Starwars” being the most popular; primarily from the Game of thrones series, and newly released Star Wars: The Last Jedi Movie.

So, what’s the best way to create a stronger and less hacker-friendly password you ask?

According to SplashData, this can be achieved by using a combination of at least 12 characters consisting of upper and lowercase letters as well as numbers.

Additionally, switching up passwords for various websites would prevent all personal accounts from being stolen in the case of a breach.

Here is the full list of 2017’s worst passwords:

Contact the sales team at TCT to ensure your organisation is taking the right steps to protect your data.