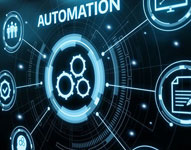 Average cost of an Aussie data breach pinned at $3.35M

The financial impact of data breaches in Australia is roughly $2 million less than the global average, a new study has found.

Gauged over responses from 23 companies, the average total cost of a data breach in 2020 was priced at $3.35 million — an increase of 9.8 percent year-on-year.

This breaks down to $163 per lost or stolen record, according to IBM Security’s 2020 edition of the Cost of a Data Breach Report.

On a cost per record, the top three industries impacted were finance, technology and services.

More than half of the breaches in Australia were caused by malicious attacks at 56 per cent, with system glitches and human error tying for the second-highest cause at 22 per cent each.

At a time when businesses are expanding their digital footprint at an accelerated pace, security teams can be overwhelmed securing more devices, systems and data than previously done.

Security automation can help resolve this burden, not only enabling a faster breach response but a significantly more cost-efficient one as well. As a result, global businesses that used security automation technologies saw breach costs cut by more than half – from US$6.03 million down to US$2.45 million.

Automation is the answer to many IT team problems. More than 60% of executives in a study said that automated tools and AI technology helped them optimise the value of their existing tools and personnel as well.

Risk to Small Business: Severe: A treasure trove of Facebook user data landed in a hacking forum over the weekend. Hackers dropped a slew of PII on Facebook users including phone numbers and some contact information of hundreds of millions of users for free online. A Facebook spokesperson told Insider that the data was scraped due to a vulnerability that the company patched in 2019.

Risk to Exploited Individuals: Severe: This fresh dump of exposed data includes various PII for over 533 million Facebook users from 106 countries, including over 32 million records on users in the US, 11 million on users in the UK and 6 million on users in India. Exposed data includes their phone numbers, Facebook IDs, full names, locations, birthdates, bios and email addresses. This information can be used to mount spear phishing and brand impersonation schemes.

New Zealand – SITA – Specialist in air transport communications and IT

Risk to Small Business: Severe: The global information technology company SITA has suffered a data breach after hackers were able to gain access to its servers which contain passenger data from multiple airlines around the world.

In a statement about its recent security incident, SITA confirmed that it suffered a cyberattack and explained how its Security Incident Response Team is working with cybersecurity experts to learn more about the breach.

While other airlines are likely impacted, SITA is waiting until they publish their own statements about the breach before publicly naming them.

Risk to Exploited Individuals: No sensitive personal or financial information was announced as part of this incident, but the investigation is ongoing.

Protect your data and systems by implementing a solid cybersecurity plan today. Talk to a TCT team member today and we can show you how.

Related Articles:
The World Has Changed. So Has the Dark Web.
Too many privileged credentials can lead to disaster