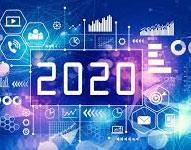 UK Businesses Endured an Attack Every Minute in 2019

For companies around the world, 2019 was a terrible year for data security. This is especially true for many UK businesses, which endured a deluge of cybersecurity episodes equal to an attack every minute. Individually, it’s estimated that each business experienced 576,575 attempts to compromise company data in 2019, a 152% year-over-year increase.

The report, compiled by Beaming, a Hastings-based ISP, identified China as the origin for nearly ⅕ of the attacks. Hackers commonly pursued domain admin tools and IoT endpoints to gain access to company networks. In total, the report concluded that 2019 was the worst year on record for UK data breaches.

Risk to Small Business: Severe: Authorities are re-examining an August outage at the London Stock Exchange that was initially attributed to a software glitch. The disruption prevented traders from buying or selling shares for more than 90 minutes, and impacted prices on two stock indexes. The incident could have been caused by hackers trying to destabilize markets for their own gain or even set the stage for a more nefarious scheme in the future. The lengthy time to identification reflects the difficulty that many companies have when identifying and addressing cyber threats.

Risk to Exploited Individuals: At this time, no personal information was compromised in the breach..

Risk to Small Business: Severe:  Two employees fell for a phishing scam that gave hackers access to patients’ protected health information. The first breach occurred between October 31, 2019 and November 1, 2019, while a second breach took place on November 6, 2019. In response, the company is updating its email security protocols, an effort that won’t restore the stolen data nor repair the company’s already-damaged reputation. In addition, Alomere Health could face regulatory penalties because of the nature and scope of the data breach.

Risk to Exploited Individuals: Severe: The compromised employee email accounts stored patient data, including names, addresses, dates of birth, medical record numbers, health insurance information, along with sensitive diagnosis and treatment details. In addition, some patients had their Social Security numbers and driver’s license numbers exposed. Alomere Health is offering free credit and identity monitoring services to those impacted by the breach, and anyone affected should enrol in these services. In addition, they should be especially critical of online communications, as the stolen data can be deployed in phishing scams that can collect additional personal data.

Cybersecurity Tips for Your Remote Workers

With a dynamic workforce, empl...

Not all toners are created equal!

We are very pleased to announc...

7 Reasons to Switch to Microsoft O365

As the work force becomes more...