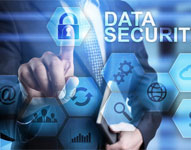 According to a recent survey of Australian consumers, confidence in a company’s data security impacts their spending with that platform.

The survey, which comprised of 2,000 consumers, found that 74% of Australians are less inclined to spend money with companies that cannot or will not secure their customers’ personal information. With increasing instances of financial fraud and data theft, who could blame them?

To date, 34% of Australians experienced data loss from a company’s security breach or hack, and those numbers increase for younger generations that are more likely to participate in today’s expansive digital platforms.

Unfortunately, the retail sector and small businesses polled as the least trusted vendors, meaning that companies hoping to win customers need to make data security an integral part of their business strategy.

43% of consumers indicated that they would never return to a brand that compromised their data security.

Risk to Small Business: Severe:  A ransomware attack on WMNF 88.5 FM forced the station to stop its live broadcasts, leaving listeners with pre-recorded shows instead. The attack also impacted their AudioVault system that includes much of the station’s programming, including advertising material that constitutes a significant share of their revenue.

In addition, ransomware restricted access to office files and forms. However, rather than paying the ransom, the station reported the incident to authorities and brought in a cybersecurity contractor to restore their files. Of course, these services alongside the opportunity cost incurred when the station’s material wasn’t accessible will still be an expensive solution for the local radio station.

Risk to Small Business: Severe:  When a hacker gained access to the government agency’s network, the personal information for virtually every Bulgarian adult was compromised. The data theft, the largest ever reported in the Balkans, prompted emergency meetings at the country’s national security agencies. While government agencies have worked hard to secure critical IT infrastructure, they have paid less attention to protecting information databases, a shortcoming that is exposed in the breach. Now, the agency faces the financial costs of repairing the damage and the heightened media scrutiny that accompanies such an expansive data breach.

Risk to Exploited Individuals: Severe:  While there is some evidence that people’s personal data was stolen in a messaging attempt directed at the Bulgarian government, this information can be quickly sold on the Dark Web where bad actors use it to perpetuate identity and financial fraud. The data includes names, addresses, incomes, and social security information. Those impacted by the breach need to closely monitor their accounts, and they should acquire a monitoring service to secure their personal information.