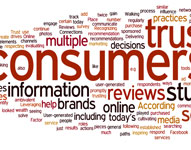 According to a recent study from PCI Pal, 41% of consumers in the UK said that they would stop spending with a business or brand forever in the event of a breach. This compares to just 21% in the US.

The changes in attitudes continues in their views of small businesses vs national companies. Over half of the respondents felt that they could trust a local store with their data more than a national chain.

Public perceptions carry significant influence on the business landscape, and companies must build a reputation for security in order to win their customers’ hearts. As the world becomes increasingly cyber vigilant, consumers will start to think twice before placing their data in the wrong hands.

Risk to Small Business: Severe: An employee is under investigation after misplacing hundreds of patient records printed on pages, which were reportedly “blown away in a gust of wind”. Only 40 pages were lost, but 300 individuals may have been affected. Although the situation has been mostly contained, journalists from around the world are citing the incident as an example of safeguarding offline data.

Risk to Exploited Individuals: Severe: Of the 40 pages that were lost, 6 have been recovered. However, the remaining records, which could amount to as many as 300, contained both names and health card numbers. Overall risk for patients is relatively low, but such data could become harmful if placed in the wrong hands.

Customers Impacted: Up to 300.

Risk to Small Business: Severe: On November 29th, 2018, an intruder gained account credentials for a Glentel employee and was able to view personal details of shoppers on the Samsung Canada online store.

Glentel is the independent wireless retailer that operates the Samsung website, and was able to address the vulnerability within the same day. The company was forced to disclose the breach to its customers but has offered assurances that no financial information was exposed.

Risk to Exploited Individuals: Severe: Names, addresses, emails, phone numbers, and product purchase details were compromised. However, only customers that were making purchases during the time of exposure would have been affected.