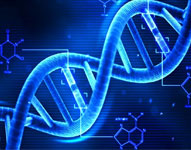 The Leaders of Genomics England has revealed that foreign hackers have attempted to access the DNA data the organization is collecting.

The reality that hackers could steal DNA data if they successfully access a network is a scary thought.

As the general population becomes more aware that their data is valuable, it should also become apparent that handing over data and in this case, DNA, could result with it ending up on the Dark Web or in the hands of a nation state.

While no breach occurred to this organization, the fact that they are regularly under attack should be a wake-up call.

Exploit: Unclear at this time.
Risk to Small Business: Severe: People are not soon to forget that the question and answer site was unable to keep their data safe. This could cause a migration from any site to another similar one, something that is common among social media sites in particular.
Risk to Exploited Individuals: Moderate: Those affected by this breach are at an increased risk of phishing attacks.
Customers Impacted: Unclear at this time.

United States – Humble Bundle – A digital storefront for video games
Exploit: Credential Stuffing.
Risk to Small Business: Severe: The breach only contained user’s subscription status, but it is believed that this could be the first part of a more extreme breach. Because the bad actor knows if user’s subscriptions are active, inactive, or paused, they could send out spear-phishing emails about the subscriptions that would trick users into clicking.
Risk to Exploited Individuals: Moderate: No information directly related to the individual has been compromised other than the subscription status of users.
Customers Impacted:  A “very limited” number of people.