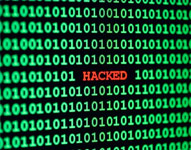 As we recently reported, Zoom and other video conferencing services have soared in popularity, but their convenience can come at a steep cost to cybersecurity. Unfortunately, these services have been subject to a mass of cyber threats. Terms like “Zoom bombing” are now part of our vernacular as Zoom takes the most heat for cybersecurity weaknesses, but other services have faced privacy concerns of their own.

This reality was underscored this week when cybersecurity researchers discovered more than 2,300 Zoom credentials for sale on the Dark Web.

In addition to potentially embarrassing drop-ins, this information could allow hackers to execute a number of cybercrimes, including phishing scams, that could cause real problems for Zoom users.

Ultimately, it’s a reminder that this new remote reality is fraught with cybersecurity concerns that companies need to address. Being aware of potential threats through ongoing Dark Web monitoring is one way to stay ahead of the game during this critical time.

Risk to Small Business: Severe: On January 20, 2020, hackers copied data from an exposed database containing customers’ personal details. Now, Wappalyzer customers are receiving emails from hackers offering to sell the database for $2,000 in Bitcoin. The company downplayed the incident, claiming that the information was from an old database from its previous website. However, the details were valid enough that hackers were able to communicate with customers directly. As a best-case scenario, this incident is a PR disaster for the company, but the consequences could become more onerous.

Risk to Exploited Individuals: Moderate: Wappalyzer contends that the exposed database doesn’t include customers’ personal data. Even so, because hackers have access to users’ email addresses, those impacted by the breach should be especially vigilant about assessing incoming messages for potential spear phishing messages that could compromise even more sensitive personal data.

Risk to Small Business: Severe: Hackers stole and encrypted company data, and they are threatening to publish the information if Travelex doesn’t pay a significant ransom. The attack was first reported by hackers in January when they indicated to media sources that they copied and encrypted 5GB of personal data. Ultimately, the attack has cost Travelex more than $2 million. Hackers exploited a flaw in VPN software to gain access to the network, and cybersecurity researchers believe that hackers had access to the company’s network well before they encrypted its data.

Risk to Exploited Individuals: Moderate: While it’s unclear what specific data categories were accessible to hackers, stealing and publishing personal data is one of the latest threats to accompany a ransomware attack. Travelex customers should be vigilant to monitor their accounts for unusual activity and their incoming messages for signs of phishing scams.

Related Articles:
Recycling – Doing our bit for a better tomorrow
Cybersecurity Tips for Your Remote Workers