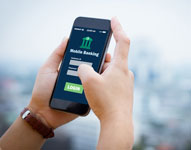 A single piece of malware, dubbed Asacub malware, accounts for more than half of the banking trojans detected during this time, attacking approximately 8,200 users a day.

In the first three months of the year, cybersecurity researchers identified 29,841 different modifications of banking trojans, underscoring the complex tasks that companies have when defending their digital infrastructure.

As more and more financial services are conducted online, it’s a troubling sign to see an uptick in the scope and complexity of mobile-focused malware attempts. It’s also a reminder that companies can’t win this battle alone. They need to partner with skilled IT Providers to help them identify and eliminate the latest threats to their businesses.

Risk to Small Business: Severe: A now-prolific hacking group accessed Canva’s network, compromising information for millions of users. According to the hacker’s message after the breach, the theft includes extensive records up until May 17th. The company’s quick response and high cybersecurity standards will help mitigate the damage of the breach, but they are now responsible for understanding what happens to their users’ data when it’s published on the Dark Web.

Risk to Exploited Individuals: Severe: The scope of this breach is incredible, but it will impact users differently. Compromised information could include usernames, real names, email addresses, and location information. Fortunately, the passwords for 61 million users were hashed, making them more difficult to decrypt. The company encourages users to change their account passwords and to update passwords from other accounts that may be using redundant credential.

Risk to Small Business: Severe:  TeamViewer has acknowledged a malware attack that gave hackers access to the company’s servers, which included their software’s source code. According to an official release by the company, the threat was detected before hackers could steal any data or code. However, this incident took place in 2016, which makes their timing problematic. Consequently, the company will face heightened media scrutiny and reputational damage that could exceed the scope of the actual breach

Risk to Exploited Individuals: Moderate: The Company contends that personal information was not compromised during the breach, but users should be mindful of the company’s security posture, especially given the potentially sensitive information conveyed through their services.

Related Articles:
Cyber-attacks are soaring through the roof.
Goodbye Windows 7 – You’ve been great!