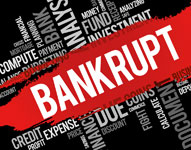 A recent survey by Zogby Analytics confirmed what many people already knew: data breaches are wreaking havoc on SMBs. In particular, the financial implications of a data breach are overwhelming their capacity and forcing them to take drastic action.

The survey, which questioned more than 1,000 small business leaders, found that 37% of SMBs that experienced a data breach suffered financial loss and 25% filed for bankruptcy. Ultimately, 10% of SMBs went out of business following a data breach.

At the same time, leaders understand the threat. 88% of respondents indicated that their company was “somewhat likely” to experience a data breach, while nearly half believe that they are “very likely” to be the victim of data loss event. As today’s world continues to grow increasingly aware of the costs and prevalence of data breaches, the responsibility for leaders to defend against them has never been greater.

Risk to Small Business: Severe: Exchange for Change inadvertently emailed invoices containing financial information to various competitors participating in the litter reduction program. The error has compounded public scrutiny of the program, which has had several problems in its rollout. While the company made clear that their network had not been compromised, the accidental sharing will have many of the same repercussions, including reputational damage and potential customer defections.

Risk to Small Business: Severe:  Australian customers using 7-Eleven’s app designed to help drivers reduce fuel costs were able to view the personal information of other customers after logging in to the platform. In response, the company brought the app offline to identify a suitable solution. The company later relaunched a repaired app several hours later, but the damage had already been inflicted.

Risk to Exploited Individuals: Severe:  Personally identifiable information, including names, email addresses, cell phone numbers, and dates of birth were exposed. Only one customer reported accessing this data, but it’s possible that it was made available to many more, including bad actors who were aware of the vulnerability. It’s better to be safe than sorry, so it’s recommended that anyone impacted by the breach enrol in identity monitoring services to protect the integrity of their information.